The Galápagos giant tortoise is the largest species in the world, living to over 100 years and weighing as much as 250kgs. I knew they were big, but when the boulders under the trees started moving, it was only then I realised just how large they really are.

The Charles Darwin Research Station on Santa Cruz island is currently undertaking a breeding program to get their levels back up to where they were before sailors (and others) started taking them on voyages as a portable source of food, they were also killed in large numbers for their fat reserves to provide oil for city lamps, and agricultural clearing again decimated the population. In the 1970’s there were just 3000 of them left and today 15,000. 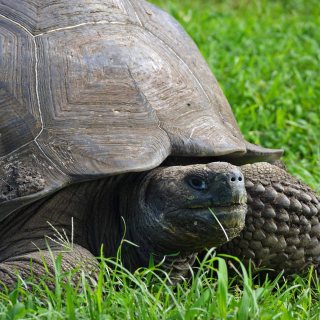 As the Galapagos islands are made from magma (combined hot spot and plate tectonics), there are of course many lava fields and volcanoes on the islands. Sierra Negra Volcano, on Isabela island is one of the most active volcanoes in Galapagos and has the second largest crater in the world at around 10km across. We walked up through the cloudline to view the crater – the mist and drizzle creating slippery footing on the (now) mud track. Unfortunately our view of the crater was 10km of clouds, but it was definitely worth the walk… or slide… 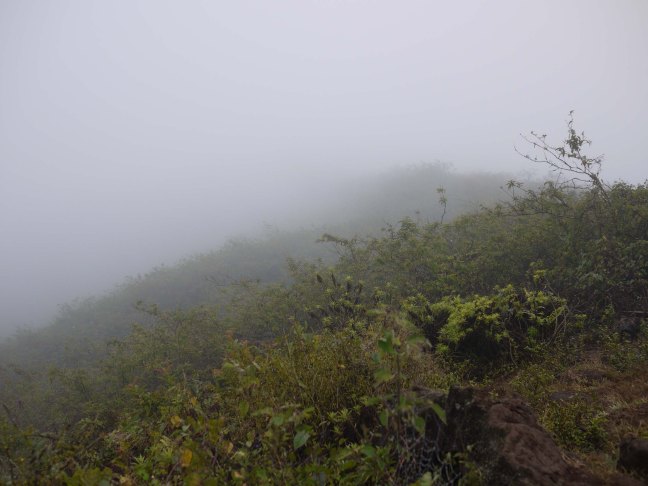 The range of animals, mammals, reptiles and fish found in the Galapagos was phenomenal. We walked around an iguana kindergarten on an island made entirely of lava, and visited an alley where white-tipped reef sharks slept. We could see them below in the water from the top of a cliff which was quite unbelievable. Taking a boat around the bay, we saw pelicans, frigates and the infamous blue-footed boobies. Yes, there is an entire range of t-shirts available so you can boast how much you like ‘boobies’. During mating rituals, male birds show off their feet to prospective mates with a river-dance type display. The bluer the feet, the more attractive the boobie. 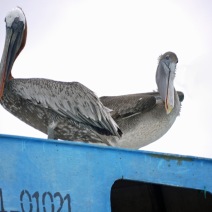 We were also fortunate to see the Galapagos Penguin, of which there are only 800 pairs. They are the only penguin that live north of the equator in the wild (due to cool waters from great depths brought up by the Cromwell Current). They too are super fast swimmers – their flippers allowing them to turn direction easily as they hunted for fish near the dock.

Snorkelling off Santa Cruz island, I was incredibly fortunate to snorkel with green sea turtles. According to National Geographic, “they are one of the few species so ancient that they watched the dinosaurs evolve and become extinct”.
Like all of the creatures in the Galapagos, humans are ‘whatever’ and so I was able to watch them slowly rise to the surface to take another breath of air before descending to rest of the bottom, and to swim alongside as they slowly flapped paddle-shaped flippers. They seemed so peaceful and calm as they made eye contact and then continued on their way.

The Galapagos Islands is a rare, protected and incredible place in the world. Yes it is expensive to visit, but totally worth it. Just remember to pack an extra-large memory card, binoculars, Dramamine and a waterproof camera (believe me, disposable ones cannot be found ANYWHERE). 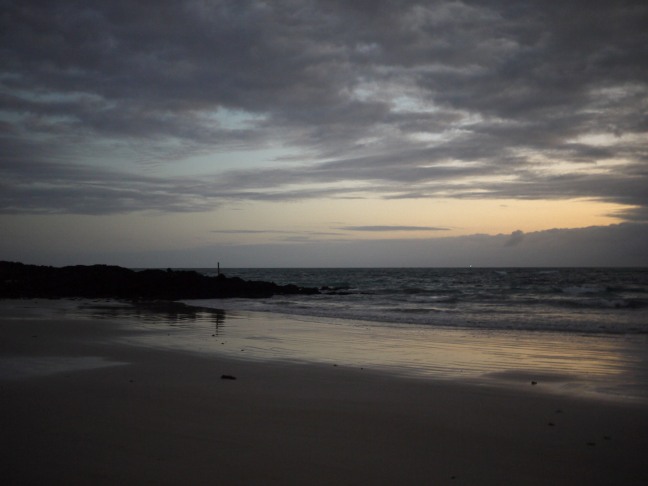