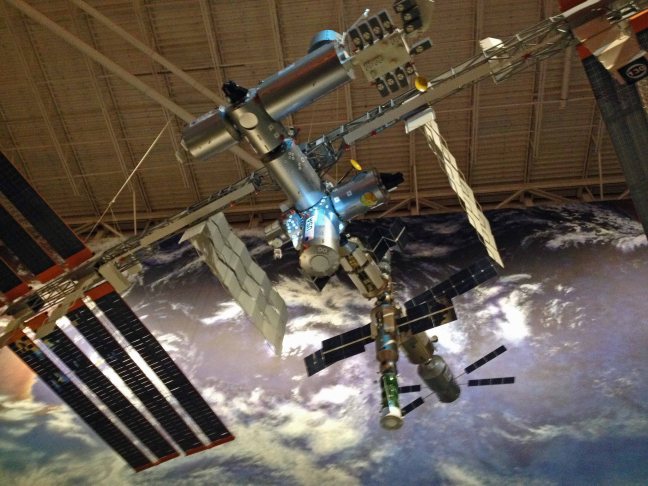 So I thought the Space Centre would be a little like Disneyland, bright shiny rockets lying about to climb in and simulators everywhere to try my hand at space landings. Sadly for me, it’s not. The NASA Johnson Space Centre in Houston is actually a working centre and people you meet there are busy working on the Orion spacecraft for the next challenge – to go into deep space.

According to the NASA information, the Orion spacecraft will carry the crew to space, provide emergency abort capability, sustain the crew during the space travel, and provide safe re-entry from deep space return velocities. In the future, Orion will launch on NASA’s new heavy-lift rocket, the Space Launch

System (currently in development). More powerful than any rocket ever built, SLS will be capable of sending humans to deep space destinations such as an asteroid and eventually Mars.

I took the 90 minute tram tour of the centre, visiting the old mission control room (superseded by the current one in 1983) and various sheds full of rockets, rocket parts and photographs of rockets. The audio tour played as we made our way around the complex was really interesting, and gave insight into the astronaut training, behind the scenes information on mission control activities and the amount of work and people behind every launch. 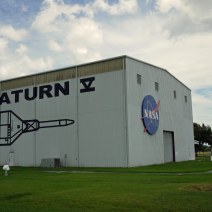 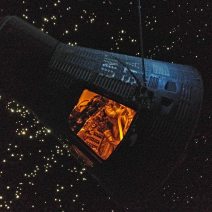 What amazed me most about the Space Centre was the size of the rockets. The Gemini series (lightbulb shaped one above) were only large enough for one person, and an astronaut who flew them was quoted to say that you don’t get into a Gemini rocket, you wear it.

The Johnson Space Centre (JSC) directs operations of the International Space Station (out of the new mission control) 24 hours a day, 7 days a week. The centre is also where astronauts prepare and train for their missions, and where they come back to for rehab (lost done density) after being in space so long on the ISS.
Replicas of the International Space Station (ISS) are on site so astronauts can familiarise themselves with the mechanics and layout before they get sent up for their 3-4 month stays. At the top of each module are painted flags of the countries that made that particular piece.

I really enjoyed visiting and the information given about NASA, space and the rockets – including hearing behind the scenes stuff from astronauts as part of the tram tour commentary. The space shuttle is also on site, atop it’s Shuttle Carrier Aircraft (SCA) and that part of the centre will be open to visit in 2015. Still, don’t expect a Disneyland-type experience, this is definitely still a working facility. 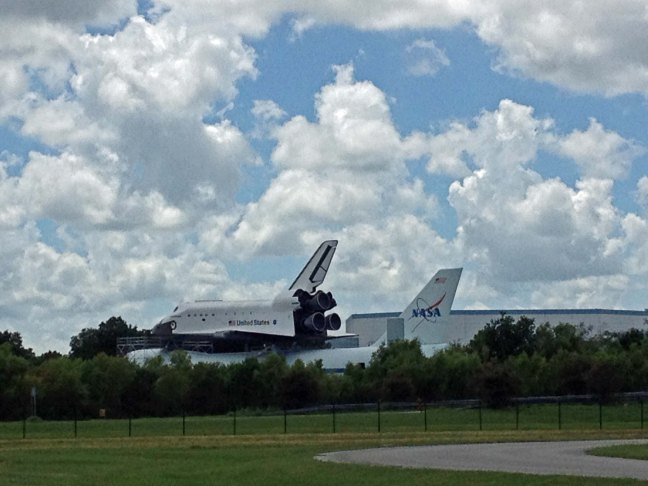