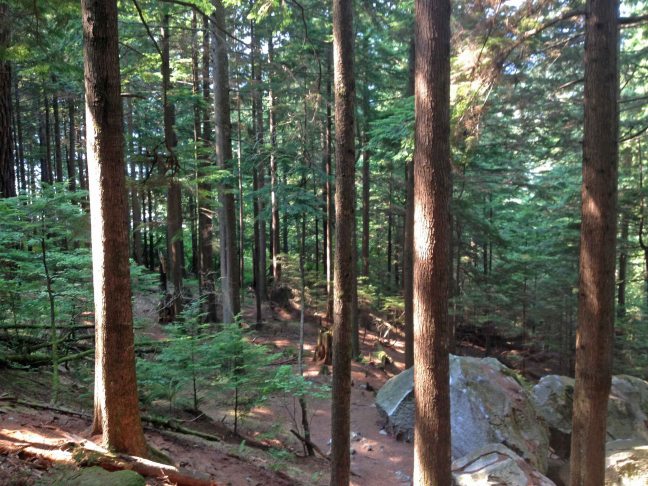 Squamish is a small town about an hour north of Vancouver, and 20 minutes from Whistler. It is located on the tip of Howe Sound, surrounded by granite mountains and within a temperate rainforest. The people of Squamish are incredibly fit-looking outdoors enthusiasts, and most 4×4 vehicles seen around are fitted with bike racks and/or kayak racks. Squamish has not been named the Outdoor Recreation Capital of Canada for nothing! In Squamish, it is possible (depending on the season) to rock-climb, hike, mountain bike, kite and wind surf, kayak, ski tour, view wildlife and wander backcountry trails.

Squamish is also one of the areas where Sasquatch are rumoured to live, In fact, there have been 2 sightings of bigfoot reported near Squamish this year. Unfortunately I didn’t see a Sasquatch wandering around the mountains behind Squamish, but I did find the giant cedars (it was signposted) which was a great walk through a forest of fir, yellow cedar and ferns. 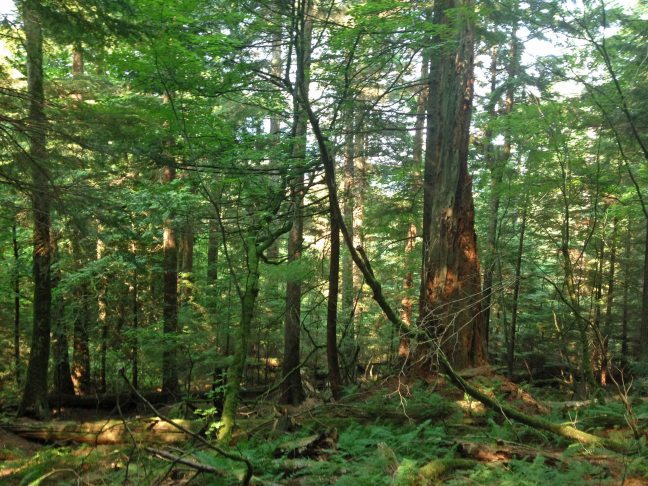 We took the Sea to Sky Gondola which climbed 885 metres above Howe Sound fjord in 10 minutes, to the Summit Restaurant where we had dinner on the deck while watching the sunset. On top there are walking and hiking trails, and a 95m long and 65 metre high suspension bridge. 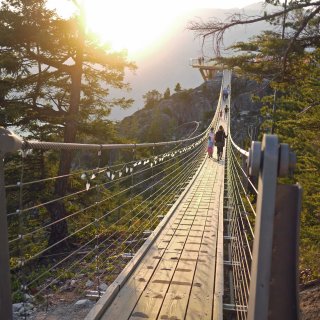 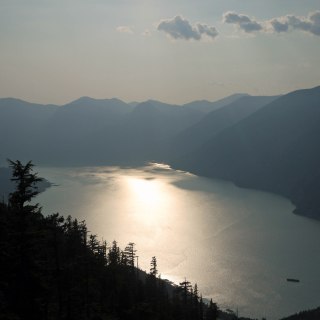 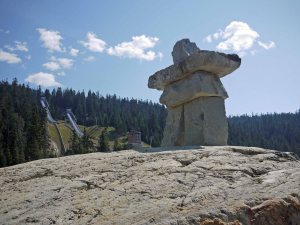 60km further up the road is Whistler, the famous ski resort town which hosted the 2010 Winter Olympic Games – and still a hive of activity in summer with the mountains being used for mountain biking, hiking, and zip-lining.

British Columbia really is a wilderness and somewhere you can (literally) lose yourself in its mountains, forests and lakes. After spending several days trying to catch sight of a bear in the wild with no luck, we were driving back to the highway from our friends house and there in the suburbs was a small bear – about 2 years old – ambling across the road to disappear into flower bushes down the side of someone’s house. No big deal, all just part of life there. 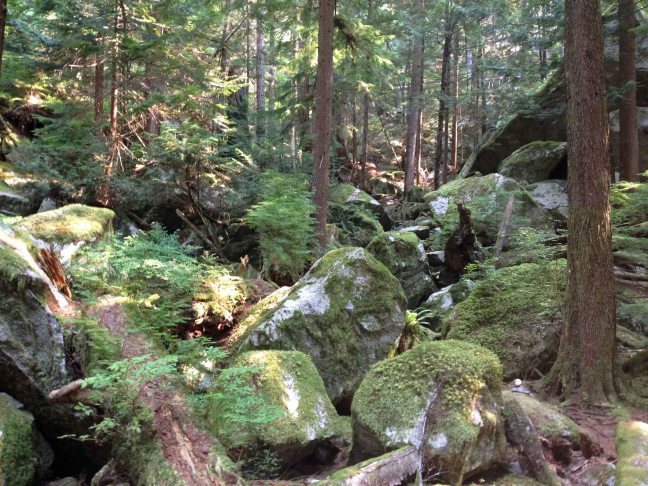