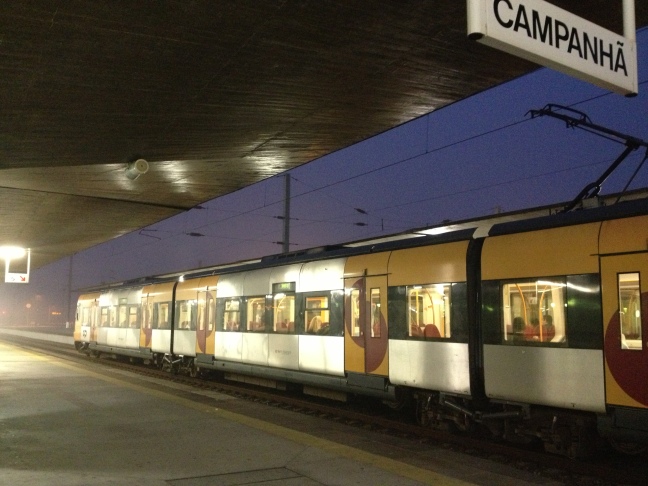 I bought my Trenhotel high-speed night-train ticket several months ago, sitting in my freezing flat in Wellington, hunched over my laptop and under 3 layers of clothing and a rug, at the time heart in mouth as I attempted to navigate Renfe’s site in Spanish to book myself a sleeper compartment and not a seat for my all night train ride across Spain and into Portugal.

The departing train track in San Sebastian was changed at the last minute which caused a lot of anxiety for non PA Spanish/Basque speakers but finally figuring it out, I hefted my pack down the stairs against the human tide and back up to the new platform, quickly boarded the newly arrived train in the pouring rain to find my 4 berth female compartment (phew), all ready to leave. And waited, and waited…

As well as I could understand using hand gestures and rudimentary words like adjustar (fix) and manos (hands), the train had some sort of technical issue (air conditioning? water pipe? roof leak?) which meant we left 90 minutes later than scheduled. Such are the Spanish high-speed trains that we had made 60 minutes back up by the time it came for me to disembark in Coimbra to catch my next connections into Porto.

I spent the stalled 90 minutes with my French bunk-mate in the train cafeteria mangling Spanish, English and French as we chatted with the conductor over cellophaned croissants. I have finally found a European who doesn’t speak ALL the languages; my bunk-mate was practicing her English, which I was then trying to translate into Spanish for the conductor who spoke Spanish and Portuguese. I think that’s how wars start – with Chinese whispers in multiple languages.

I also managed to get a whole cabin to myself as well. The conductor had taken a shine to me (undoubtedly my beguiling Spanish conversation skills) and unlocked a spare first class cabin which I then had to myself all night (I locked and security chained the door to be on the safe side).

Sleeping on the Trenhotel was a bit like sleeping on a boat, but once you were used to the rocking movement, the centripetal-force corners, and the midnight track changes, sleep came like a sack of cement.
It probably helped that I am living in a constant state of sleep deprivation at the moment, although even that didn’t allow me to wake refreshed.

The conductor comes around 25 minutes before your stop and knocks on the door so you have time to wipe away your drool, matchstick open your eyes, repack all your gear strewn about the room and clip yourself into your pack ready to get off.
I disembarked at Coimbra, just across the Portuguese border at 5:20am (Portugal is an hour behind Spain) and caught my hour-long train connection to Porto in the early morning fog. 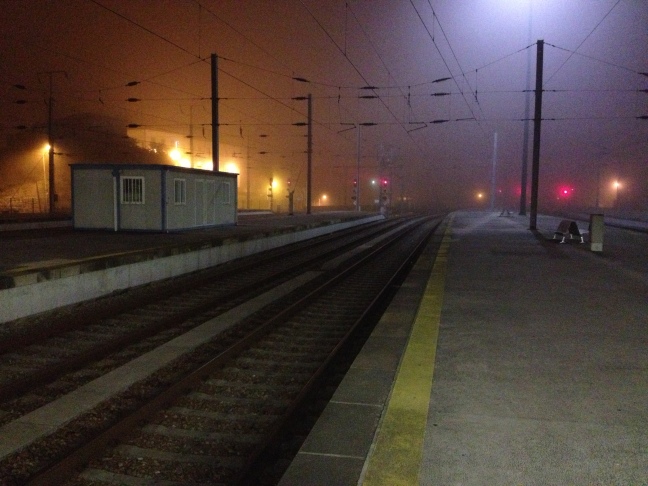 I had coffee and assorted pastries in a cafe in central Porto while I waited until 9:30am when I was able to get my apartment key from the shoe shop opposite my building. After a quick shower I headed out to booked my tour of Porto – which was a great idea considering how tired I was. Let someone else be in the driver’s seat for a bit.