My journey to Melbourne actually started last Friday. After days of sorting all the stuff in my flat into piles and boxes, I squashed it all into my rental car on Friday morning, and set off on the only fine day of the week to drive up from Wellington to Hamilton for my final weekend in NZ.

It was really nice to be in the driver’s seat again (both literally and metaphorically); me in my silver hatchback, windows down, radio up, winding alongside the beach towns of Waikanae and Kapiti, then inland through the flat dairy plains of Horowhenua.

I stopped for lunch in a café in Taihape – under the only grey skies of the day, and continued up the spartanly beautiful Desert Road where one of the distant volcanoes was emitting clouds of steam into the air. Lake Taupo could be mistaken for a sea – with no corresponding shore in sight as I skirted around its banks up past Turangi and into logging country. Due for a break, I had a coffee in Tirau, surrounded by clever corrugated iron sculptures, and then it was the final hour into Hamilton.

I had cleverly packed the car into segments – stuff that was staying in Hamilton, stuff that was staying in Melbourne, stuff I would take with me, and house stuff I was leaving for Mum to use. This made my final backpack cut a lot simpler, although over the course of Sunday I yo-yoed back upstairs to my room several times to reassess my pack contents, each time paring down the ‘to-take’ pile even further. 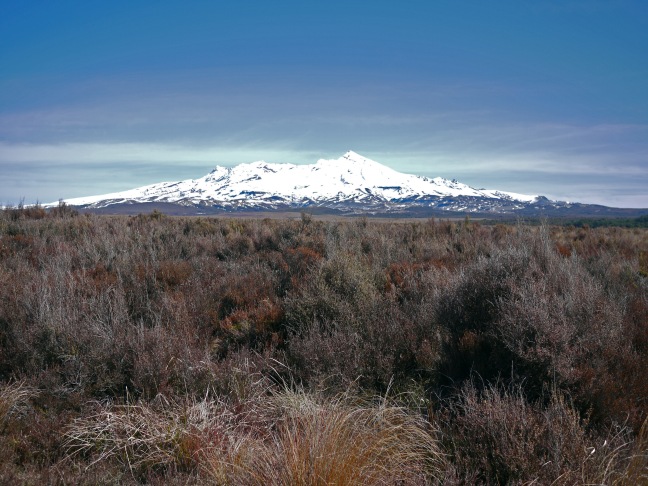 I am sitting in the airport lounge in Auckland, ready to start my adventure but also really sad to leave New Zealand. The sun has just come up and has turned all the puddles on the tarmac silver with the light, and I have been up since 3am.

6 months in Wellington was a good amount of time to become acquainted with the place, to understand it’s rhythms and charms, to find the best places to eat and things to do – even if I did get shaken awake by a 5.1 magnitude earthquake in my last week, have a sinkhole appear outside my front door, or the weather turned to crap with numbingly cold 4c mornings complete with horizontal rain and howling southerlies you needed to lean into to maintain a walk.
At least it made my final week in Wellington a little easier to let go off – especially when 10 days in the Greek Islands is on the schedule.

One thought on “The Beginning”