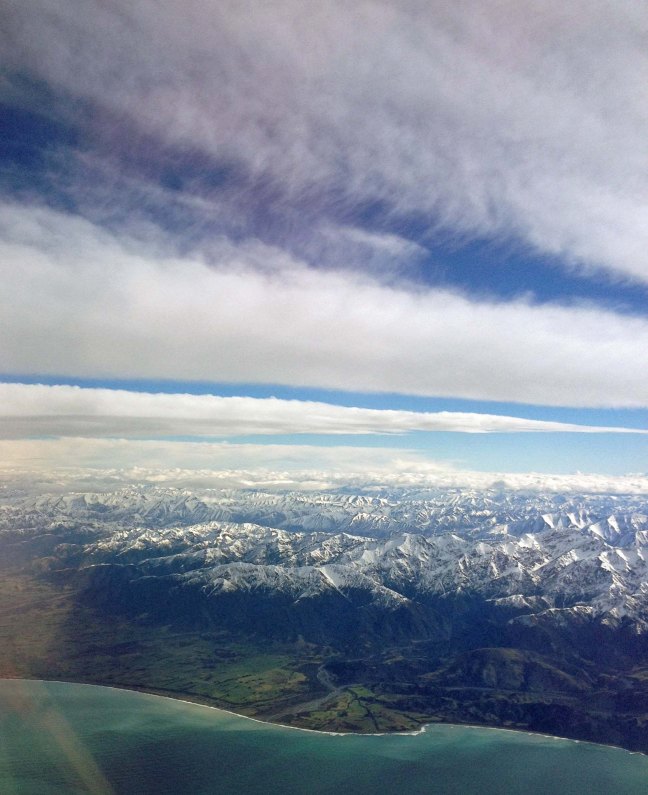 I have escaped the ongoing earthquakes in Wellington by flying to Christchurch. Because it make sense to go to a place that was completely munted by two earthquakes three years ago, and which they are still rebuilding.

I have come down here for work, not actually to escape the earthquakes, but how awesome is that timing?! We flew over the epicenter of the current earthquake swarm which is off the coast of the South Island, above Seddon.

The sea was 2 colors – like oil floating in water, with clearly defined edges. The water was deep deep blue, covering kilometres where it and looked like it had been stirred up from the bottom, and it was only when we flew over the edge, where the discoloured area met normal water that I realized how large it was.

Driving into Christchurch from the airport was a bit like travelling through a city that had been bombed. There were empty spaces everywhere where you would expect a building to be. And they actually were, right up til the Feb 2011 earthquake hit, killing 185 people, injuring thousands more and destroying hundreds of buildings in the city.
As we drove past, my taxi driver listed the buildings that once were in the now empty areas, backpackers, hotels, apartment blocks, stores, swimming pools, gyms, schools. Roads are an ever changing labyrinth for traffic as authorities unblock and block thoroughfares in order to complete building and road works. 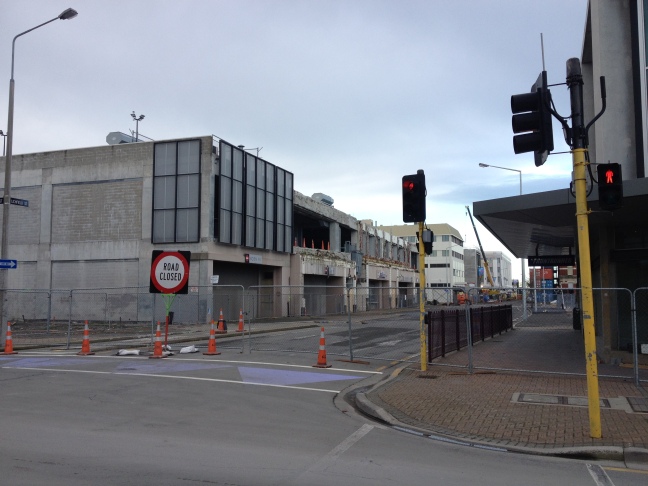 It’s going to be interesting to see what the final shape of Christchurch is. People are coming up with clever and creative ideas, for their new city, and thinking creatively now around their constraints. For example, the Christchurch art gallery, which still cannot open, now exhibits artworks outside and in spaces around the city instead.

I had coffee in Christchurch’s container city, an area in the central city area made up of shops completely housed within shipping containers. Such a fantastic idea! (hmm, and great ideas for my shipping container beach house down the track…) 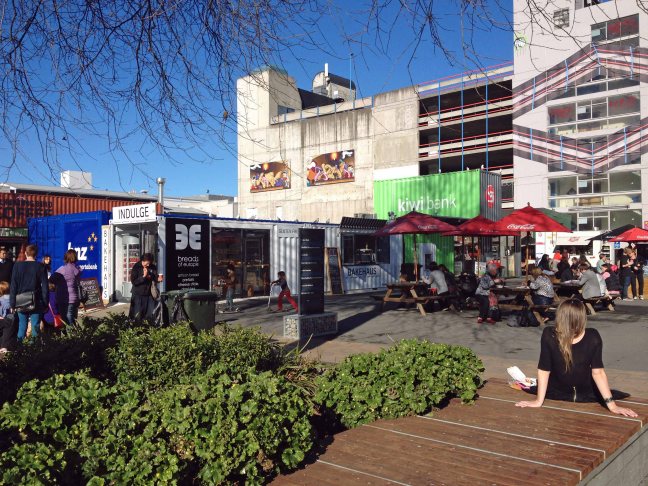 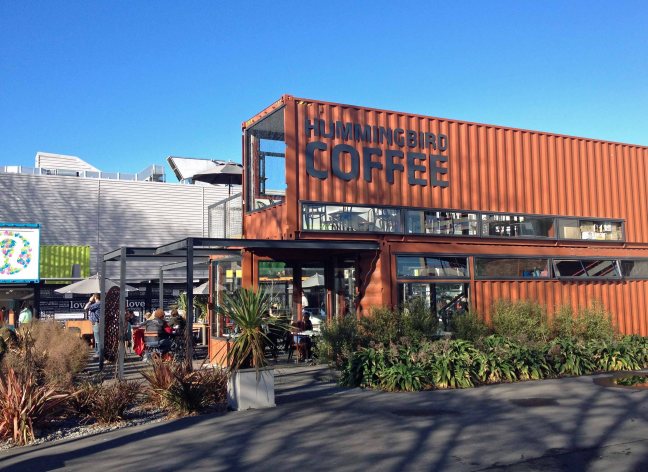 The food in Christchurch is fantastic (Pegasus Arms highly recommended for dinner), the weather sunny, the people super friendly and so far, no quakes!

One thought on “Christchurch”