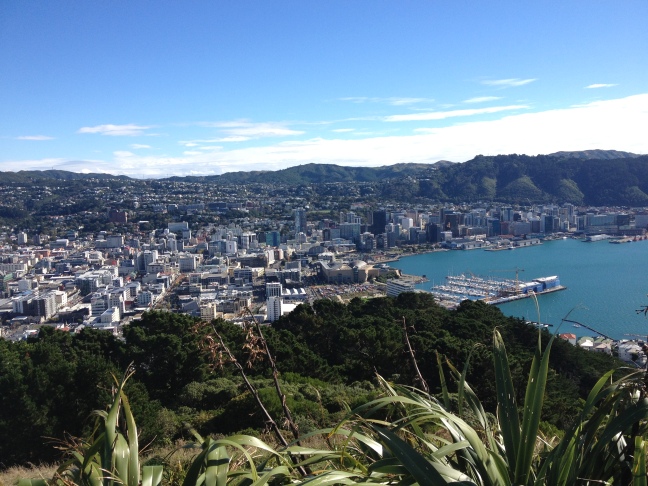 Mt Victoria, or Mt Vic, as it is known to the locals, is a hill on the east side of Wellington, and at 196m, provides one of the best views of the city and surrounds.
Today was such a fantastic day to be outside; sunny and windless and perfect for a walk, so I thought I would head up Mt Vic and see for myself.
I walked the curving streets around the harbour from Thorndon across town, up the steeply slope of Majoribanks Street (named after a wealthy Brit who helped establish European settlement in NZ, and who never set foot in Wellington), and then continued up the stairs at top of the street to the Town Belt.

I think it’s probably because I have been living in a city too long, but I was surprised when the stairs ended at a paddock and then made way for a cleared path, rather than stairs up the hillside the whole way.

It was such a beautiful (and strenuous) walk. I huffed and puffed my way up the hillside to the summit listening to the native birds and smelling the loamy earth beneath the trees. It felt like I was a million miles from the city, whereas if I turned around, I could see glimpses of it through the trees. 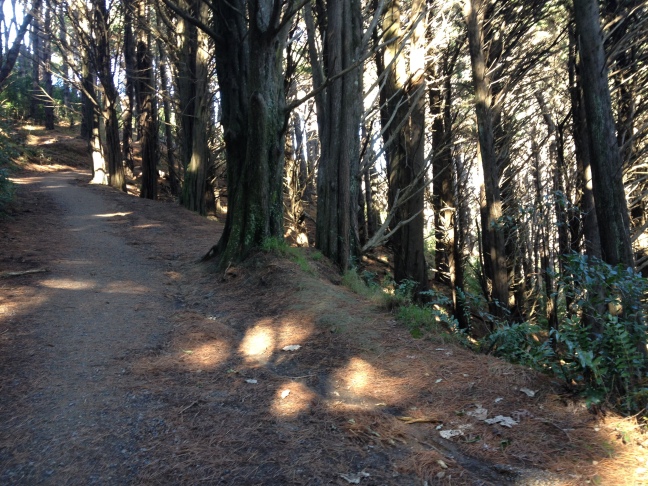 Mt Vic is part of the Wellington Town Belt, which forms the green lungs for the city. The area covers 425 hectares and was set aside from development by the city founders. There are numerous walking tracks, tramps and mountain biking trails on offer with apps available for people to navigate their way across the various ridgelines.


Before the days of radio or telephone, Mt Albert had Wellington’s first signal station, advising the city of approaching ships. In bad weather sometimes these signals could not be seen, so Mt Vic and Beacon Hill replaced Mt Albert as signal stations in 1865. Signals were simple metal signals, raised on masts in a relay from Beacon Hill to Mt Vic where the same signals would be put up and then read by the watchman at the wharves, and also the watchman at Old Government House in Thorndon, who raised the same signal so all settlements were covered.

Mt Vic’s signal station finally closed in 1970, after 74 years of use.

Installments in the Lord of the Rings films (but of course) were also shot on the slopes of Mt Vic, including the “get off the road” scene.

Finally got to the top, and yep, the views were well worth it. In fact the entire walk was well worth it, to see and experience Wellington from another angle.

One thought on “Mt Vic”